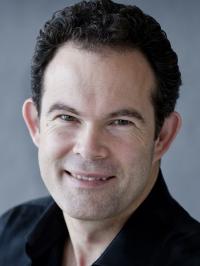 Gerald Finley was born in Montreal and studied at the University of Ottawa, King's College Cambridge and the Royal College of Music in London. He is particularly renowned as a Mozart singer, including Papageno, Guglielmo and both Figaro and Count Almaviva amongst his many international successes. Other repertoire includes Marcello, Yeletsky, the title-role in Eugene Onegin, and an acclaimed Captain Balstrode for English National Opera in 2009. He has been involved with the premieres of several important contemporary operas, creating the roles of Harry Heegan in Mark-Anthony Turnage's The Silver Tassie and Lawyer Stern in the same composer's Anna Nicole in 2011, the title-role in Tobias Picker's Fantastic Mr Fox and, most famously, Doctor Oppenheimer in John Adam's Doctor Atomic. Finley is also a prolific recitalist with an extensive song discography to his name: his recordings of songs by Schumann, Ravel, Ives and Barber (all with the pianist Julius Drake) have been particularly well-received.

The bass-baritone talks to Katherine about recording the Finnish composer's song-cycle on texts by Ralph Waldo Emerson, Seamus Heaney and Mahmoud Darwish, written for him in 2014 and released on Ondine earlier this month.