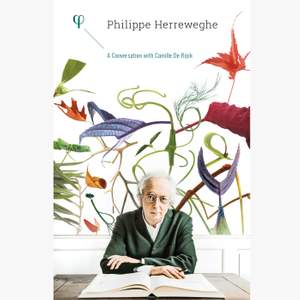 In a series of interviews with Camille De Rijck, Philippe Herreweghe sums up his musical trajectory by offering the reader his reflections, intermingling musical and personal considerations. A selection of archive illustrations to delight the eyes and an updated biography complete the contents of the book, which is published in four languages (English, French, German and Dutch). A five-disc compilation of extracts chosen and discussed by the conductor himself provides an musical counterpoint to the text. The selection enables you to explore a whole life through the finest works of such composers as Lassus, Schein, Bach, Beethoven, Mahler, Dvořák and Stravinsky.