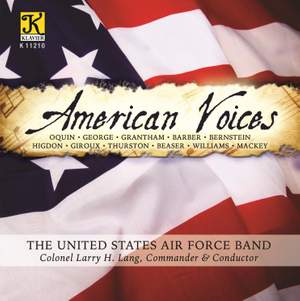 An Ge Fhiain, "The Wild Goose"

Barber: The School for Scandal, Op. 5 (arr. A. Bader for wind ensemble)

The School for Scandal, Op. 5: Overture (arr. A. Bader for wind ensemble)

Giroux: Symphony No. 4 "Bookmarks from Japan"

Beaser: The End of Knowing

Williams, John: For The President's Own

Mackey, J: The Soul Has Many Motions

The Soul has Many Motions: IV. The Ringmaster's March