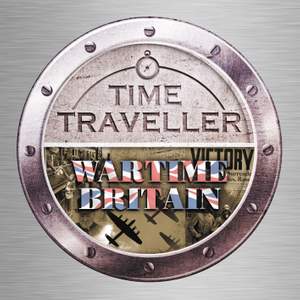 Davies, Walford: March Past of the Royal Air Force

Britain’s Finest Hour – and six years of cataclysm, stoicism and heroism – are recalled by this richly varied collection of music associated with the Second World War.

From Forces’ Sweetheart Vera Lynn to the National Gallery’s pianist, Dame Myra Hess, and from the cinematic sweep of William Walton and Richard Addinsell to the dapper sophistication of Eric Coates and restrained sentiment of Noël Coward, this treasury of hits from the blitz salutes an era never to be forgotten.

This musical portrait of Britain at war takes off with the Spitfire and lands with the Lancasters of 617 Squadron – the Dam Busters. In between are many of the best-loved melodies that helped unite all ranks and classes in the conflict.

The collection’s still centre is the serene slow movement of Vaughan Williams’s Fifth Symphony, a work whose 1943 première was sensed as a harbinger of piece.

Either side are marches, popular film scores, light-music hits and – impossible without – Dame Vera Lynn.

The favourite marches include Colonel Bogey, the RAF March Past and (as well as the Dam Busters) Coates’s Knightsbridge.

The film scores lead with Walton’s First of the Few and take in his celebrated music for Olivier’s Henry V as well as the romantic mini-concertos for Dangerous Moonlight (‘Warsaw Concerto’) and Love Story.

Among the vintage recordings, Sir Noël Coward stirs our ‘London Pride’, the crooner Al Bowlly (killed in the Blitz) bids ‘Goodnight, Sweetheart’, and – just before the final flypast and busting of dams – Dame Myra Hess reminds us of the legendary National Gallery concerts with her own arrangement of ‘Jesu, Joy of Man’s Desiring’.