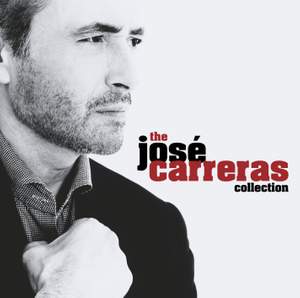 Rachmaninov: E sarà così [from Rhapsody on a Theme of Paganini]

Rodgers, R: Rodgers / Arr Newman & Darby : With a Song in My Heart

Hamlisch: The way we were

Mascagni: Dreaming of You [Intermezzo from Cavalleria rusticana]

Known to the wider public, together with his older colleagues Plácido Domingo and the late Luciano Pavarotti, as one of the legendary Three Tenors, the Catalan Spaniard José Carreras was already a major star in the world’s opera houses before the mega-fame of the tri-tenorial phenomenon was thrust upon him with a televised concert in Rome during the World Cup Finals in 1990 - and it’s not hard to understand why. For whatever and wherever he sings, Carreras brings to his performances special qualities. Firstly, there is the unusual beauty of the voice itself — at its best, perhaps the most perfect among all Latin tenors of his generation for its mix of colours and velvety, liquid quality. Added to this are his musical scrupulousness and intelligent artistry, shown by his fine diction and considered approach to characterisation and acting. He is also a great communicator. However large the audience he is able to draw them into the reality and immediacy of his interpretations. Sincerity is a difficult thing to define in a performing artist, but however it is achieved or analysed there can be no doubt that Carreras has it — through and through.