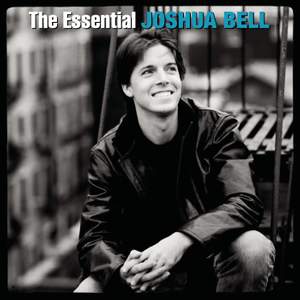 Goldmark: III. Moderato - Allegretto from Concerto No. 1 in A minor for Violin and Orchestra, Op. 28

Paganini: The Carnival of Venice

Bernstein: New York, New York (From "On the Town") [Arr. for Violin & Orchestra]

Like a rock star taking charge of the classical stage, Joshua Bell has captured the public’s imagination like no other classical violinist of his time. His virtuosity in the most demanding concerto repertoire is second to none, and his bold, charismatic artistry breathes new life into the most venerable masterpieces. Bell’s best-selling recordings for Sony Classical have also taken him in exhilarating new directions, including an Academy Award-winning film soundtrack (The Red Violin), and even a high-spirited collaboration with some of America’s greatest roots musicians.

Joshua’s latest album, Voice of the Violin, spent 5 weeks at Number 1 in the US Classical chart and continues to attract positive press and exposure, keeping Joshua in the Classical spotlight.

Joshua’s first album, Romance of the Violin, has sold nearly 200,000 copies in the USA.