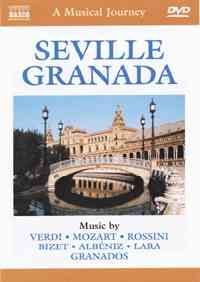 Granados: Zapateado (No. 6 from Six Pieces on Spanish Folksongs)

Spanish composers are represented here by Granados and Albéniz, whose successful careers extended into the 20th century. Music by other composers reflects various connections with Spain. Seville is the setting for Mozart's operas The Marriage of Figaro and Don Giovanni, and for Rossini's Figaro opera, The Barber of Seville. Bizet's Carmen is centred on Seville, while Verdi's tragic opera The Force of Destiny, set in Spain and based on a Spanish play, ranges over a wider area.