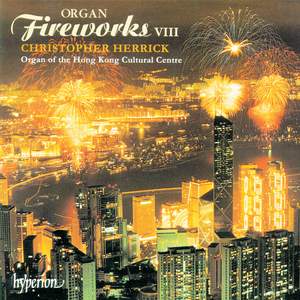 Lefebure-Wely: Sortie in B flat

The end of June saw much ink spilled over whether the British or the Chinese organized the more spectacular fireworks to mark the handover of Hong Kong; Christopher Herrick's display on the Rieger organ of the HK Cultural Centre makes a third strong contender. The organ has ninety-three speaking stops, and its 8,000 pipes are here unleashed on such gems as Elgar's Imperial March and the Hungarian March 'Rkczi' from Berlioz's Damnation of Faust, here in a stunning arrangement by W T Best. The imperial theme is continued with such works as Paine's Concert Variations on the Austrian Hymn, and Reger's Variations and Fugue on 'Heil dir im Siegerkranz' (the tune being more recognizable, to English listeners at least, as 'God save the King').