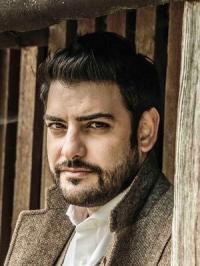 Born in Istanbul, Arcayürek grew up in Vienna and became an Austrian national in his twenties. Though he sang in childrens’ choirs from a young age and became a member of the Arnold Schoenberg Choir as an adult, he only began taking voice lessons at the age of 23, after Claudio Abbado cast him as First Prisoner in Fidelio; the production toured extensively throughout Europe and kickstarted his decision to become a professional singer. He went on to train at the Zurich Opera Studio, and made his mainstage debut there as Ferrando in Così fan tutte in 2013; in 2015 he took part in Cardiff Singer of the World, and shortly afterwards joined the Staatstheater Nürnberg, where his roles have included Rodolfo, Idomeneo, Nadir, Don Ottavio and Monteverdi’s Ulisse.

Arcayürek is particularly acclaimed as a lieder-singer: his debut solo recording of Schubert lieder, Der Einsame (released on Champs Hill in 2017) prompted Gramophone to remark on his ‘vocal freshness and an open-hearted quality that recalls the young Nicolai Gedda and Christoph Prégardien’.

The up-and-coming tenor talks to Katherine about his career to date and Der Einsame, out this month on Champs Hills Records.