The Turkish-born, Austrian-raised tenor Ilker Arcayürek first struck me as something out of the ordinary when I heard him sing Schubert in the Song Prize Final of Cardiff Singer of the Year back in 2015; since then he’s become a BBC New Generation Artist, taken on roles including Rodolfo, Nadir, and Don Ottavio as a member of the ensemble at the Staatstheater Nürnberg, and reduced some of my most hard-nosed friends to tears in a Wigmore Hall recital last November!.

His debut solo recording of Schubert lieder with pianist Simon Lepper (out earlier this month on Champs Hill) doesn’t disappoint: in fact I can’t remember being so captivated by a Schubert recital since I first heard Ian Bostridge and Julius Drake’s first collection on Hyperion around fifteen years ago. Arcayürek is a very different species of tenor from Bostridge - the voice is freer, fuller and more honeyed, the word-painting and delivery of text less studied and deliberate – but has the same freshness and plangency that make that earlier recording on of my desert-island discs.

I spoke to him last week about his rather unconventional path to a singing career, his operatic plans, and how and why Schubert has fascinated him since early childhood…

Did you sing from early childhood?

I started playing the piano at the age of 6 or 7, and after two years I had to choose between playing in an ensemble or joining a choir; I picked the choir, and I found out that actually singing was much more fun than playing the piano because I enjoyed being in a group with kids the same age, and having the same aim to make music together.

At what point did you decide to make music your profession?

There was always the desire to become a professional singer from early childhood, but I actually decided on it quite late because I didn’t start vocal lessons until I was 23! I always wanted to study music in a conservatoire, but life circumstances meant that wasn’t possible, so I decided to take a break to just enjoy singing in choirs and work full-time in something completely different. Music was my hobby - and I’m now very happy that my hobby has become my profession!

I would say that the Arnold Schoenberg Choir was really my training for the profession, and one particular experience I had there made me sit up and think: ‘From now on I should try to become a soloist’. I got a small part in Fidelio, under Claudio Abbado, and from that moment on I decided to take voice lessons: I’d got that far without any real training or experience, and I thought it was about time to get my voice in shape! We toured with it, performing in Modena, Ferrara, the Teatro Real in Madrid and the Festspielhaus in Baden Baden, and that was what made me make the leap to pursuing a solo career.

When did lieder, and particularly Schubert, make an appearance in your career?

Schubert had already appeared by the time I was 9! One of the first pieces I sang in that choir was the Deutsche Messe, which is sung very often in German and Austrian churches. I enjoyed singing the sacred music a lot, and it was through that I developed a hunger for Lied (the Deutsche Messe itself has quite a few moments which sound very like folk-song, actually). I was brought up in Vienna, and you have so many places and streets named after Schubert; he actually died in the fourth district, where I was raised (the whole area was known for its water-mills, which surely provided a lot of inspiration for his music as for example in Die schöne Müllerin), so in a way I was surrounded by his influence throughout my childhood.

Do you have plans to perform his three great song-cycles?

I would love to! I haven’t touched any of the cycles yet, because first performances are always very special and I’m waiting for the right occasion. The usual thinking is that you should perform Die schöne Müllerin first and then Winterreise, but actually I think I’ll do it the other way round: I feel more connected spiritually at the moment to Winterreise because I’m already immersed in the themes of solitude and loneliness through exploring them on the new recording.

Have any particular singers influenced you in this repertoire?

I’m a big fan of golden age recordings, and in particular of the great German singers who are not so well known for singing Lied – for instance, Richard Tauber, Peter Anders and of course Fritz Wunderlich. I listen to lots of recordings but I try not to get influenced as such: especially in lieder, it’s so important to me to find my own way, to bring in my own experiences and emotions. I think it’s something you can’t learn, it’s just something you feel – and my job is to express that in the moment and communicate it directly to the audience.

Your career to date has placed a particular emphasis on lieder, but what are your plans on the operatic front?

Next season I will sing two title-roles, Monteverdi's Ulisse and Mozart's Idomeneo – both at my home theatre, the Staatstheater Nürnberg. I’m trying to find my limit, actually, because I don’t want to be confined to one Fach, just singing Mozart or Verdi. I try to sing everything with my voice: of course I sing Rodolfo differently to how I sing Schubert, but it also gives me the possibility of finding new colours. If I didn’t test my limits in opera then maybe I would not have so many colours for Lieder, and if I didn’t sing Lieder I wouldn’t have the opportunity to use those subtler shades in opera. 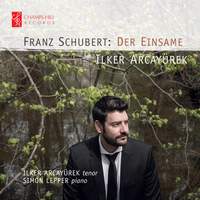 Der Einsame was released on Champs Hill Records on 1st September and is an Editor's Choice in the latest edition of Gramophone. 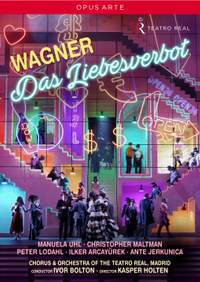 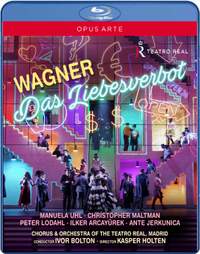