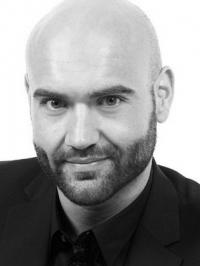 Xavier Sabata was born in Catalonia in 1976 and worked as an actor before retraining as a countertenor in Spain and Germany and on William Christie’s Jardin des Voix programme. In addition to his extensive baroque repertoire (notable roles include Handel’s Tamerlano, Tolomeo, Rinaldo, Bertarido, Orlando and Polinesso, Ottone in Monteverdi’s L’incoronazione di Poppea, and rarities by Stradella and Landi), Sabata is a passionate advocate of European song repertoire (with a particular emphasis on Mediterranean music but also including mainstream Lieder, still only rarely the p[province of countertenors) and contemporary music – he created the title-role in Hans Thomalla’s Kasper Hauser in 2016 and Oma Rosa in Fabrice Bollon’s Oscar und die Dame in Rosa in 2014. His solo discography includes the Handel anthology Bad Guys (2013), I Dilettanti (2014), and Catharsis (2017), all on Aparté.

Ahead of his appearance as Ottone in Handel’s Agrippina at the Barbican tomorrow evening, the Catalan countertenor talks to Katherine about his recent album exploring baroque representations of Alexander the Great.