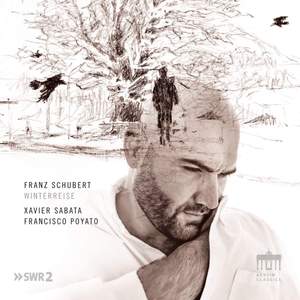 Xavier Sabata has long since established himself as an exponent of the great roles for countertenor and he is a welcome guest on the stages of opera houses worldwide. His discography to date illustrates his voice-motivated focus on music from 1600 to 1800 while also presenting the portrait of an artist who engages with intellectual concepts across the world and throughout the ages. His debut album on Berlin Classics marks his departure from Baroque terrain and makes him a wanderer, in more senses than one, facing the emotional and vocal challenges of Schubert’s “Winter Journey”. His approach to the work is prompted by the same challenge that confronts every singer who tackles Winterreise. “When I sing the Winter Journey I wish to understand this being that seeks to communicate itself. I am not out to deliver perfect vocal technique. Nor do I judge the characters that I portray. I do not pity them either. I do not think of the Wanderer as impoverished. The Wanderer is essentially a student of life. Of course he must come to terms with a particular environment, but he is not concerned about how he does it. He has real courage, too, because it takes a lot to stand up for yourself in such a situation. I appreciate him just as he is.”

• First recording of the exceptional artist at Berlin Classics