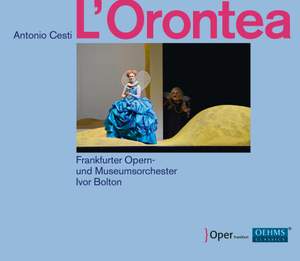 The premiere von L’Orontea took place in 1656 in Innsbruck at the court of Archduke Ferdinand Karl, grandson of Duke Ferdinand of Tuscany, who at that time was the patron of the first attempts of the art form of opera in Florence. Alongside Francesco Cavalli's opera La Giasone, L’Orontea went down in history as the most successful opera of the late 17th century. On the occasion of the premiere in Frankfurt, the following could be read in Deutschlandradio Kultur (Natascha Pflaumbaum): "It is a scenic production that will remain in one's memory - not because the production in Frankfurt is so shameless and trashy. Instead, it reminds us of why Antonio Cesti's opera L'Orontea once belonged to the most beloved of all stage works. And it is well worth taking a look into the orchestra pit at this performance."

Simon Bailey’s reading of ‘Chi non beve’ begins with a coarse throaty tone that catches the boozy mood nicely…elsewhere Louise Alder settles down, after some striking opening passagework, to a finely wrought and affecting account of Silandro’s set-piece ‘Addio Corindo’, one of the high points of the score…[Orontea herself] is affectingly portrayed by Paula Murrihy.