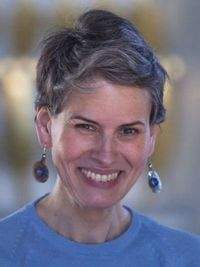 The Italian mezzo Romina Basso was born in Gorizia, and studied literature at Trieste University and singing at the Conservatorio Benedetto Marcello; she focuses on baroque repertoire, and is particularly renowned for her Vivaldi and Handel.

Basso has been heavily involved with Naïve’s mammoth Vivaldi edition (where credits include the title-role in Dorilla in Tempe, Alcina in Orlando Furioso, Fulvio in Catone in Utica, and Adrasto in Armida al campo d’Egitto), and has also made numerous Vivaldi recordings with Fabio Biondi and Europa Galante. Her discography also includes Cornelia on Alan Curtis’s recording of Giulio Cesare, Tolomeo in George Petrou’s recording of the same opera, Mitologia (a recital of Handel arias and duets with soprano Christiane Karg), Pergolesi’s Adriano in Siria on Decca, and the solo album Lamento, which prompted BBC Music Magazine to describe her as ‘a veritable Maria Callas of Baroque music’.

Find out more at https://en.wikipedia.org/wiki/Romina_Basso