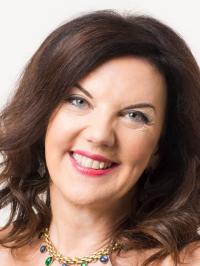 British violinist Tasmin Little was born in London in 1965 and studied at the Yehudi Menuhin School and the Guildhall School of Music and Drama, making the finals of BBC Young Musician of the Year in 1982 and making her professional solo debut with the Hallé shortly after graduation. She is particularly associated with twentieth-century British music and records regularly for Chandos, where her discography includes concertos by Finzi, Walton, Elgar, Delius, Britten and Haydn Wood as well as two albums of British violin sonatas with the pianist Piers Lane.

Little received at OBE for services to music in 2012.

In the wake of winning Personality of the Year at last night's BBC Music Magazine Awards, the British violinist chats to Katherine about her life in music and her plans for retirement.

As the British violinist prepares for retirement from the concert platform, she talks us through some personal highlights from her extensive discography...