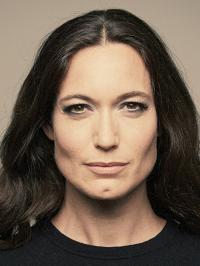 The British soprano Kate Royal was born in 1979 and studied at the Guildhall School of Music and Drama and the National Opera Studio, winning the Kathleen Ferrier Award in 2004 and beginning a long-term relationship with Glyndebourne Festival later that year (subsequent roles at the Festival have included Donna Elvira in Jonathan Kent’s staging of Don Giovanni, Female Chorus in Fiona Shaw’s production of The Rape of Lucretia and the Marschallin in Richard Jones’s Der Rosenkavalier). Royal made her solo recording debut on EMI in 2007 with a recital of music by Strauss, Stravinsky, Britten, Debussy and others (‘Creamy and pure, Royal's voice is directly in the aristocratic line of Kiri Te Kanewa and Reneé Fleming’ – Gramophone) and went on to record a further solo album with Malcolm Martineau four years later; her discography also includes Miranda on the world premiere recording of Thomas Adès’s The Tempest (conducted by the composer), Mahler’s Symphony No. 2 with Simon Rattle and the Berliner Philharmoniker, and Karl Jenkins’s Stella Natalis. Royal is married to the British actor and music theatre star Julian Ovenden.

Pavol Breslik and Kate Royal are the young lovers put to the test in Robert Carsen’s production from Baden-Baden, with Ana Durlovski as the Queen of the Night, and Dimitry Ivashchenko as Sarastro.

Recording of the Week,  Kate Royal: A Lesson in Love