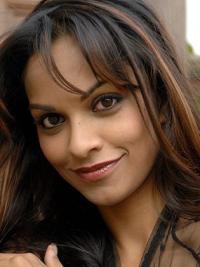 Danielle de Niese was born in Melbourne in 1979, and is of Sri Lankan, Scottish and Dutch heritage. Her family relocated to the United States when she was eleven, where she began her operatic career at an early age, debuting at the Metropolitan Opera (as Barbarina in Le nozze di Figaro) aged just 19 (de Niese recalls being too young to legally celebrate the occasion with champagne!). In 2005 she made a sensational debut as Cleopatra in David McVicar’s acclaimed new staging of Handel’s Giulio Cesare at Glyndebourne, a role which capitalised on her formidable dance skills and striking physical beauty (‘Her vocal command and stage presence are spectacular in every sense, and from her first aria she utterly seduces her audience’ - Gramophone Guide); she later married Gus Christie, grandson of Glyndebourne’s founder John. Subsequent roles at Glyndebourne have included Rosina in Il barbiere di Siviglia, Monteverdi’s Poppea, Norina in Don Pasquale (all available on DVD and Blu-ray), and Conception and L’enfant in a double-bill of Ravel’s L’heure espagnol and L’enfant et les sortilèges. Roles elsewhere have included Galatea (her Covent Garden debut in 2009), Susanna in Le nozze di Figaro, Cleopatra, and Ariel in the baroque pasticcio The Enchanted Island at the Met, and Stravinsky’s Anne Trulove in Turin. De Niese often appears on television in coverage of events such as Cardiff Singer of the World, and was a soloist at the Last Night of the Proms in 2015.