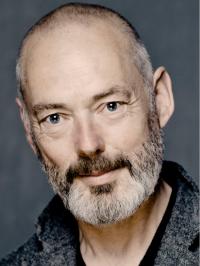 Mark Padmore was born in London and grew up in Canterbury. He was a choral scholar at King’s College, Cambridge and graduated with an honours degree in music in 1982. In the opera house he has worked with such distinguished directors as Peter Brook, Katie Mitchell, Mark Morris and Deborah Warner and has sung at English, Welsh and Scottish National Operas, Royal Opera House, Covent Garden, Opéra de Paris, Opéra de Lausanne, Théâtre du Châtelet and the Aix-en Provence Festival. He has appeared with many of the world’s greatest orchestras including the Berlin, New York and Vienna Philharmonics, the London Symphony Orchestra and the Royal Concertgebouw Orchestra. He has given recitals in Amsterdam, Barcelona, Brussels, Copenhagen, London, Moscow, New York, Paris and Zürich with pianists such as Imogen Cooper, Julius Drake, Till Fellner, Steven Osborne and Roger Vignoles.

He has made numerous recordings including Bach’s Passions, Mozart’s Don Giovanni and La Clemenza di Tito, Handel’s Messiah and Britten’s Turn of the Screw.

Find out more at https://en.wikipedia.org/wiki/Mark_Padmore

Recording of the Week,  Schubert's Schwanengesang from Padmore and Lewis

Padmore’s bright, light tenor is often hauntingly beautiful in Schubert’s ‘swan-song’, combining with Lewis’s imaginative and insightful playing in a performance of great musical integrity which is a worthy successor to their superb Winterreise and Schöne Müllerin.