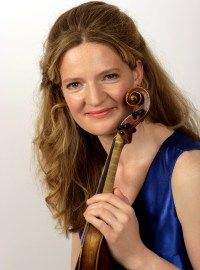 Rachel Podger was born in 1968 and trained at the Guildhall School of Music and Drama (where she is now professor of baroque violin); she co-founded Florilegium and The Palladian Ensemble whilst still a student, and went on to lead The English Concert and the Gabrieli Consort and Players before founding Brecon Baroque in 2007.

Podger made her solo recording debut on Channel Classics in 1999 (following a recording of the Bach Double Concerto with Andrew Manze on Harmonia Mundi several years earlier); Gramophone praised her ‘flawless intonation, warm tone, expressive nuances, clear understanding of the proper balance of internal strands’, and the recording marked the beginning of a long and fruitful partnership with the label, which has yielded award-winning discs of Vivaldi’s L’estro armónico and La stravaganza and Biber’s Rosary Sonatas, and concept-albums including Guardian Angel (a BBC Music Magazine Awards winner in 2014) and Grandissima Gravita (nominated for a Gramophone Award in 2018). Several of her Bach recordings have been Building A Library Choices, and in 2015 she became the first woman to receive the Royal Academy of Music/Kohn Foundation Bach Prize.

Find out more at https://en.wikipedia.org/wiki/Rachel_Podger 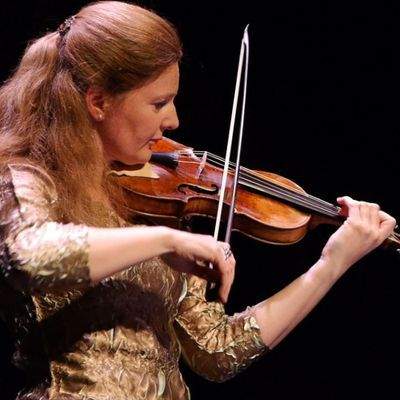 The violinist talks about her new album exploring the ancestry of Bach's works for unaccompanied violin, with works from Tartini, Matteis, Westhoff and Vilsmayr.

Recording of the Week, Beethoven violin sonatas from Rachel Podger and Christopher Glynn

Three snapshots from the beginning, middle and end of Beethoven's career trace his development of the violin sonata form from its Classical roots into new directions.