Next Monday sees a bumper crop of recordings by the Canadian violinist James Ehnes, with no fewer than three discs due out featuring his talents. First of all comes a disc of violin sonatas by César Franck and Richard Strauss, for which Ehnes is joined by pianist Andrew Armstrong. The Franck sonata is arguably one of the cornerstones of the repertoire, and so I was eager to hear how Ehnes would approach it. I was delighted by how much grace and poise both players bring to the piece, with an occasionally understated reading that actually works wonders, as it means they hold your attention even more. The very opening, for example, is quite beguiling, with Ehnes gliding in gently with a rapt, dream-like tone.

That's certainly not to say that the climaxes aren't strong and robust when necessary, however; there's some arrestingly stormy playing from Armstrong at the start of the second movement, and the very end of the sonata is tremendously satisfying in its conclusion, especially coming as it does after a relatively slow burn. 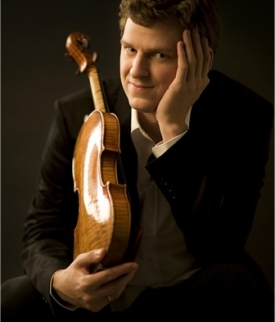 Beauty of tone is also very much on display in the sonata by Richard Strauss, written when the composer was in his early twenties. Even for such a youthful work, you can hear glimmers of his later style, not least in the expressive melody that begins the second movement Improvisation, exquisitely played by both Ehnes and Armstrong. The tour de force that is the work's conclusion is most impressively done.

As if conquering the violin repertoire weren't enough, Ehnes swaps to the viola for a new recording of Berlioz's Harold en Italie, described by the composer as a “symphony in four parts with viola obbligato”, and based on a poem by Lord Byron. Written for Paganini, who wanted a virtuoso piece to show off his new acquisition of a Stradivarius viola, it was eventually rejected by Paganini as he didn't consider the soloist had enough to do! It's definitely more of a symphony than a concerto, with the solo part integrated much more into the fabric of the piece than might be expected.

Ehnes is no stranger to the viola, having previously recorded works such as the Bartók concerto, and he sounds completely at home on the instrument. His very first entry is breathtaking indeed, full of tender, sweet tone, contrasting wonderfully with the dramatic orchestral build-up that precedes it. There's also fantastic support from the Melbourne Symphony Orchestra under conductor Sir Andrew Davis. In the final movement (Orgie de brigands), there are some pleasingly full-bodied sounds coming from the trombones and tuba in particular, and the woodwind section dances delicately in the third movement Sérénade.

Berlioz was certainly not above recycling some of his music from one piece to the next, and the two relative rarities also included on the disc are good examples of that. First of all is the Rêverie et Caprice, again featuring Ehnes (although this time back on his more familiar home turf of the violin), which is a reworking of an aria from the opera Benvenuto Cellini, and the Rob Roy overture, a work withdrawn by Berlioz, but which is actually the source of several themes from Harold.

Unfortunately for reasons of space I can only offer the merest of mentions in passing to the final disc to which Ehnes contributes, namely the second volume of Edward Gardner's survey with the Bergen Philharmonic of the complete orchestral works of Leoš Janáček (I wrote enthusiastically about the first volume in the series last September). Ehnes takes on the solo duties in the one-movement concerto, Pilgrimage of the Soul, and it's a testament to his versatility and musicianship that he should be so successful across such different repertoire. 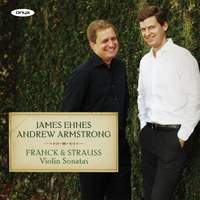 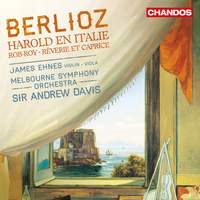 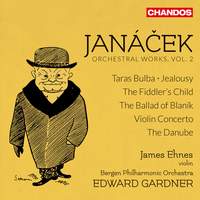