My rather evangelical enthusiasm for Gluck's operas has been the subject of occasional eye-rolling from one or two colleagues in the Presto office, so I'm delighted that this week's tercentenary provides me with a golden opportunity to spread the word and share a little about my favourite recordings! With the exception of Orfeo in its various incarnations, most of his operas have received relatively few commercial outings on disc (even this anniversary year has been dominated by re-issues rather than new recordings), but as those which do exist were of such high quality I was still faced with a few tricky decisions along the way!

I've chosen several versions of Orfeo/Orphée - partly to reflect the different editions of the score and partly because I just couldn't limit myself to one! - though there are wonderful recordings available by a wide range of singers including Bernarda Fink, Shirley Verrett, Marilyn Horne and even Dietrich Fischer-Dieskau (plus a controversial but very moving DVD version starring Roberto Alagna and directed by his brother).

Gluck has never really had one specialist champion (as, for instance, Berlioz had in Sir Colin Davis, or Donizetti in Richard Bonynge), but in recent years baroque and Classical specialists such as Marc Minkowski, John Eliot Gardiner and Alan Curtis have done sterling work in service of a composer who played a significant role in the evolution of music-drama which would pave the way for Wagner and beyond. 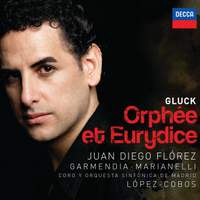 Gluck may not be the first composer you'd associate with bel canto specialist Juan Diego Flórez, but this 2010 recording of the 1774 Paris version of 'Orphée' is, for me, one of the very best things he's done - his trademark agility is as breathtaking as ever in the florid 'L'espoir renaît dans mon âme', but the role also gives him opportunity to demonstrate a pathos and eloquence that's not often called for in his usual repertoire. 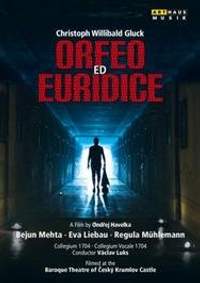 Filmed at the Baroque Theatre of the Český Krumlov Castle in Southern Bohemia, Czech director Ondřej Havelk's new film was commissioned to mark this year's Gluck tercentenary . Using the 1762 Vienna version of the score (with judicious cuts), it boasts an Orfeo of blazing dramatic commitment in countertenor Bejun Mehta and makes haunting use of light and shadow, especially in the great Hades scene. 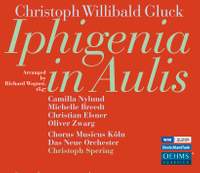 sung in German as *Iphigénie in Aulis*

This is Gluck super-sized (and sung in German), but I think it's rather splendid - Christoph Spering conducts a cast of eminent Wagnerians in Wagner's 1847 Dresden arrangement, all rasping low brass and augmented winds, whilst retaining the Classical poise of the score. 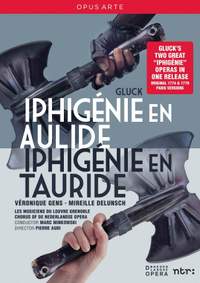 Some of the finest French Classical stylists around come together under the baton of Marc Minkowski on this double-bill of Gluck's two 'Iphigénie' operas from the Netherlands Opera, directed by Pierre Audi and filmed in autumn 2011: Véronique Gens takes the title-role in Aulide, with Mireille Delunsch replacing her in Tauride; Anne Sofie von Otter is a magnetic Clytemnestre. 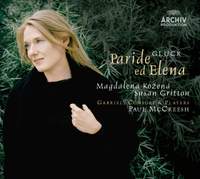 For me, Czech mezzo Magdalena Kožená is at her peak - all limpid, completely distinctive tone and wonderful sense of line - as Paride on Paul McCreesh's 2003 studio recording with the Gabrieli Consort. Susan Gritton complements her beautifully as Elena, and Carolyn Sampson and Gillian Webster are characterful in the smaller roles of Amore and Pallade. 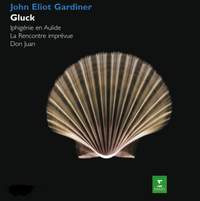 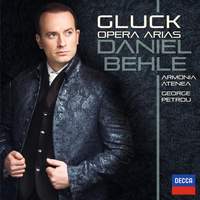 Some of you may have already read my interview with Daniel Behle about this project with Armonia Atenea earlier this week, but I must give it another little mention here as it's quite superb - his sophisticated high lyric tenor sound is just perfect for this stuff, and the recital includes world premiere recordings of some fantastic music. 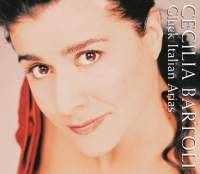 Bartoli is in all her considerable glory on this 2001 collection with the Akademie für Alte Musik Berlin - the arias from La Clemenza di Tito in particular contain some hair-raising feats of vocal athleticism (bare-knuckle coloratura, top Ds and all!) but the simplicity of 'Se mai senti spirarti sul volto' (such a beautiful melody that Gluck recycled it several times!) is equally breath-taking. 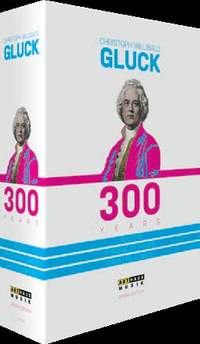 Another great anniversary issue, including William Christie and Claus Guth's 2001 Iphigénie en Tauride from Zurich (starring Juliette Galstian and Rod Gilfrey and a marvellous Alceste from Stuttgart in 2006 - but it would be worth getting just for the 1991 Covent Garden Orfeo with Polish countertenor Jochen Kowalski and Gillian Webster supremely moving as the separated lovers.