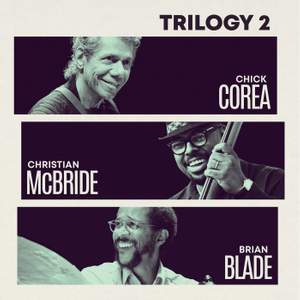 Maybe Trilogy 2 is for Chick Corea completists, but it’s premier-league spontaneous music-making for all that. — Jazzwise, December 2019, 4 out of 5 stars

Fortunately for us, these three virtuosos reunited for another tour in 2016, resulting in ‘Trilogy 2’ - twelve formidable tracks in a 2-CD set that raise the bar even higher. The trio, having enjoyed a decade-long association since they first worked together in Corea’s Five Peace Band, just gets better each year.

Maybe Trilogy 2 is for Chick Corea completists, but it’s premier-league spontaneous music-making for all that.