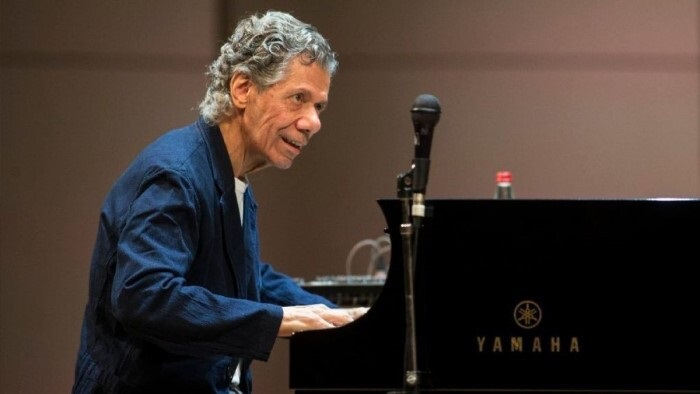 This delightful album of solo piano performances by Chick Corea collects together highlights from recent concerts at various venues across the globe. The title Plays has a double meaning, hinting towards the general air of care-free whimsicality that informs much of the solo music he makes in concert, and the tremendous rapport he has with his devoted followers.

The first disc acts as a homage to the great masters who influenced his music over the years, in both jazz and classical, from Scarlatti, Chopin and Scriabin to his formative jazz influences, Thelonious Monk and Bill Evans. This is no dry history lesson though, as Corea brings that sense of lightness and fun that has informed much of his work since he first made waves in the sixties. He gives several introductions to the pieces - nothing too long or laboured, just enough to wittily fill us in on his choices - and cleverly juxtaposes pieces that would not normally make obvious bedfellows. So we have his gentle improvisations around Mozart’s Piano Sonata in F, KV332 followed by Gershwin’s ‘Someone to Watch Over Me’, making the connections between the two as if ‘Mozart and Gershwin were having a conversation’. Bill Evans’s ‘Waltz for Debby’ starts off with some angular, Cecil Taylor-styled pointillism, Corea deferring our pleasure for a minute before allowing the sumptuous melody to flow, even as he shifts it into boogie-woogie style. This then transitions into Antônio Carlos Jobim’s ‘Desafinado’, a nod to the composer whose bossa novas inspired Corea’s early success with the band Return to Forever. The last section of the first disc is a tribute to Monk, with ‘Pannonica’, ‘Trinkle Trinkle’ and ‘Blue Monk’ all receiving interpretations that combine Corea’s lightness with elements of the angularity with which Monk played his own tunes.

The second disc is loosely themed around games, the idea of music-making as an inclusive, communal activity. Corea tells us of a game that he and his musical cousins played at family gatherings (his father was one of thirteen siblings so these were big affairs), whereby they would take it in turns to paint mocking sonic portraits of family members on a battered old stand-up piano, the main aim being to raise a laugh. Asking a couple of audience members to participate - Henrietta and Chris duly volunteer - Corea magics up a couple of charming caricatures, although how accurate they are I can’t say! Another game reprised from happy times spent at his grandfather’s involved two people sharing the piano bench and improvising together on the spot. Apparently the two participants on the album were genuine audience members - it just so happened that on that night they were the French-Israeli jazz pianist (and Blue Note recording artist) Yaron Herman, and classical pianist Charles Heisser. Unsurprisingly given their calibre, these two short improvisations are a highlight of the disc, the rapid-fire interplay between Herman and Corea being especially astounding considering it was ad hoc. “The piano was a toy to me until I found out that it could be a tool for me to improvise, write and create things,” he says, “But it’s still a toy. Trios were my first love, so when I play solo piano I like to get out on stage and have some fun.”

One of the most touching moments on the record is ‘The Yellow Nimbus’, a piece Corea wrote for his good friend, the flamenco guitarist Paco de Lucia, who passed away in 2014. Originally recorded for the Touchstone album in 1982, it has only improved with age, the delicate balance between the melancholic moments and the gracefully skipping dance sections, with flamenco-effect spread chords, is very moving. The disc is closed out with eight short pieces from Corea’s ‘Children’s Songs’ collection, which he started back in the seventies (he recorded all twenty for ECM in the early eighties). As he says “Children are free-spirited and joyful, they’re still finding out about life, so they’re wide open and very communicative with their surroundings and other people. I tried to capture that sensation with the Children’s Songs.” Nearly fifty years on, aged seventy-nine, Corea has miraculously kept that youthful spark alive. 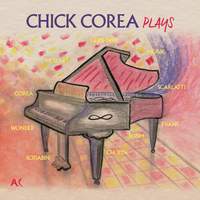 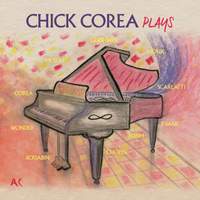