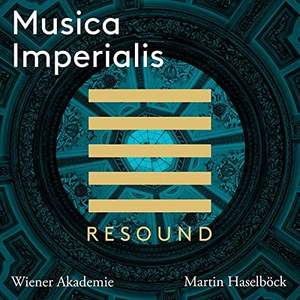 Musica Imperialis is the first boxed set in Aparté’s new Resound series, devoted to the recordings of the organist and conductor Martin Haselböck and his Wiener Akademie. Founded in 1985, the orchestra is renowned for its historically informed interpretations and wide-ranging repertoire (from Baroque through to the Romantic era), as well as for its many recordings of rare works. Through "Resound", Martin Haselböck and his musicians focus on recording the works in the theatres or places of their premieres. The Aparté series will combine exclusive recordings and remastered reissues.