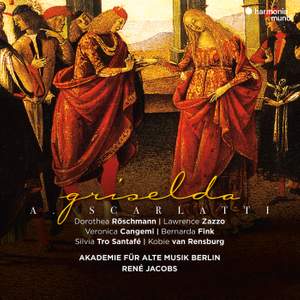 Scarlatti’s Griselda, premiered in Rome in 1721, received a single performance at the Teatro Capranica and was never taken into the repertoire elsewhere, both for financial reasons and because of the changing tastes of the time. The tragic story of King Gualtiero - who makes his wife Griselda, a commoner, undergo cruel trials in order to demonstrate her steadfastness and thus prove to his people that her nobility of virtue far surpasses the nobility of birth they demand - was provided with a classical happy ending by the librettist Apostolo Zeno.