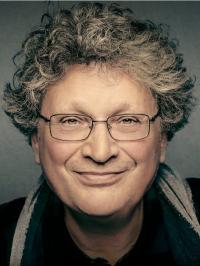 René Jacobs (born October 30, 1946) is a Belgian (Flemish) musician. He came to fame as a countertenor but in recent years has become renowned as a conductor of Baroque and early Classical opera.

Jacobs was born in Ghent. As a child, he was a chorister at the Cathedral of Ghent. Later he studied classical philology at the University of Gent while continuing to sing in Brussels and in the Hague.

As a conductor, Jacobs regularly works with orchestras and ensembles such as the Concerto Köln, the Orchestra of the Age of Enlightenment, Akademie Für Alte Musik Berlin, Nederlands Kamerkoor and Rias-Kammerchor for recordings and concert tours, performing sacred music and oratorios.

Recording of the Week,  Weber's Der Freischütz from René Jacobs

The Belgian conductor's restoration of the original libretto's prologue lends a wonderful symmetry and coherence to Weber's supernatural Singspiel, whilst German actor Max Urlacher is properly spine-chilling in the expanded role of the demon Samiel.

Recording of the Week,  Beethoven's Leonore from René Jacobs and the Freiburger Barockorchester

The original 1805 version of Beethoven's only opera is a high-adrenaline experience in the hands of the Belgian conductor and his period-instrument band, with Marlis Petersen in the title-role and Maximilian Schmitt as her imprisoned husband.