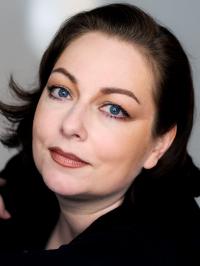 Dorothea Röschmann was born in Flensburg in 1967 and trained at the Hochschule für Musik und Theater Hamburg; her breakthrough performance was as Susanna in Le nozze di Figaro at the Salzburg Festival in 1995 under Nikolaus Harnoncourt. Mozart would remain central to her repertoire for the next two decades: she sings the FigaroCountess on DVDs from Covent Garden (‘an unusually active, passionate woman’ – Gramophone) and Harnoncourt’s Salzburg production from 2006, Pamina on Claudio Abbado’s acclaimed Zauberflöte from 2006, Susanna on Daniel Barenboim’s 1999 DVD of Figaro, and recorded an all-Mozart album with Daniel Harding and the Swedish Radio Symphony Orchestra in 2015 (‘Röschmann, in her late forties, is at the height of her powers, with a strong voice which she can rein in, and without the coy pecking that German sopranos have often indulged in in Mozart.’ – BBC Music Magazine). Her repertoire also includes Desdemona in Verdi’s Otello, Agathe in Der Freischütz, the title-role in Jenůfa, and Strauss’s Marschallin.

Find out more at https://en.wikipedia.org/wiki/Dorothea_Röschmann