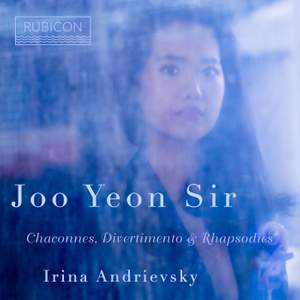 Stravinsky: Divertimento from Suite from The Fairy's Kiss

I. Sinfonia (Arr. for Violin & Piano)

Chaconnes, Divertimento & Rhapsodies is inspired by the close working relationships between composers and virtuoso violinists from the eighteenth century to the twentieth; and each piece also owes a debt to earlier music, whether folk melodies, Baroque variations, or the works of nineteenth-century composers.

Best of all is Bartók’s Rhapsody No. 1, robust and earthy.

While overall she’s intent on perfection, she does have moments where she’s taking things enjoyably further towards the precipice.