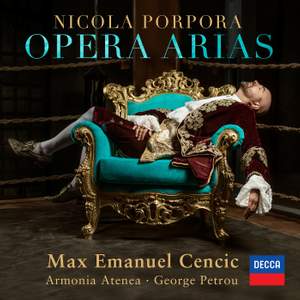 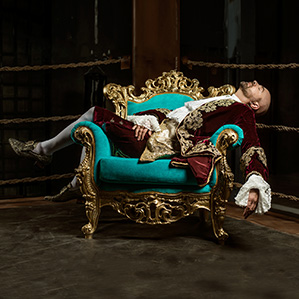 Featuring 7 world premiere recordings, this album will be released on 02 March 2018, the day before the official anniversary on 03 March 2018.

This release is in addition to Cencic’s new recording of Porpora’s Germanico in Germanica (with Julia Lezhneva), released on 12 January 2018.

There are three absolute gems here: 'Quando s'oscura is cielo' (Carlo il Calvo, Rome, 1738), with its ambiguous tonality, the gentle flute-inflected pastoral siciliana 'Ove l'erbetta', a love song to both nature and the shepherd's beloved (Filandro, Dresden, 1747), and perhaps most winningly of all, 'Nume che reggi 'l mare' (Arianna in Nasso, London, 1733). All, especially the last named are exquisitely shaped and painted by Cencic with real attention given to textual nuance.

Many of the arias include passages which act as fiendish technical workouts in themselves; in Cencic's hands, however, it all becomes real music rather than a compendium of vocal studies with orchestral accompaniment...Cencic is all elegance: the voice is perfectly integrated across its wide range, and the shoals of semiquavers are despatched with immaculate smoothness rather than the slightly aspirated quality of Fagioli or Cecilia Bartoli.

Porpora’s gift for characterisation pales beside Handel’s, but his vocal fireworks bring modest delight, especially when backed by the bustling musicians of George Petrou’s Armonia Atenea

There is a wealth of material to choose from (Porpora composed around 50 operas), and Cencic includes six world premieres here, conducted by George Petrou. Once again, although he is adept at the vocal firework displays, it’s Cencic’s smooth legato and sense of line that really impress. Porpora’s music reveals a wealth of unusual orchestral colours, particularly in his writing for brass, revealed in the aria from Poro, which is particularly vivid.