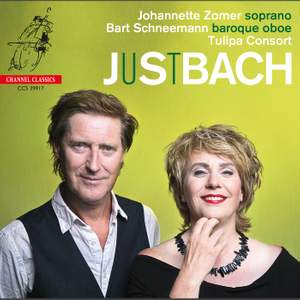 Gems from a huge oeuvre Our most familiar image of Johann Sebastian Bach is that of Cantor of the Thomaskirche in Leipzig. For twenty-seven years he was responsible for the church music on Sundays and feast days in the town’s four main churches. For this purpose he composed his many cantatas, the now world-famous passions and the six motets. The enormous number of cantatas (an estimated 250) written by Bach in Leipzig, combined with their outstanding quality, is one of the most astonishing creative achievements in western culture. For their performance he selected the best choral singers from the pupils of the nearby Thomasschule and students from Leipzig University. In his Componirstube, or composing parlour, Bach handled his musical material with scrupulousness and self-assurance. In so doing, the practice of borrowing, or readapting existing music to fulfil urgent day-to-day requirements, was no unusual matter. It was also a way of drawing attention to forgotten pieces, and a sign that Bach was well aware of the enduring quality of his music. This CD presents a wonderful anthology of gems from Bach’s huge output of cantatas.

The soprano soloist takes the leading role, and expresses a wide range of human emotions from angst and deep despair to trust, joie de vivre and exuberant JUSTBACH jubilation. A comforting or cheerful oboe or cello is often at her side, and she becomes closely engaged with them in moving or lively dialogues. As an introduction, the Ouverture to the Orchestral Suite no. 1 in C major (BWV 1066) is a radiant and exuberant piece; alternating majestic and energetic episodes, Bach pays homage in his typical well-wrought style to the France of the Sun King and his court composer Lully. It forms the perfect upbeat for the cheerful aria Mein gläubiges Herze [My faithful heart] from cantata BWV 68 Also hat Gott die Welt geliebet [God so loved the world]. Bach borrowed the music from the cantata Was mir behagt, ist nur die muntre Jagd [What pleases me is above all the lively hunt] (BWV 208), which he wrote twelve years earlier for the birthday of Duke Christian von Sachsen-Weißenfels. The marvel of this sunny aria is the delightful concordance between the soprano and solo cello piccolo, while both maintain their individuality. And at the end, when the opening ritornello is repeated, the joy is only greater when they are joined by the oboe and violin: Frohlocke, sing, scherze! [Rejoice, sing, be merry!]