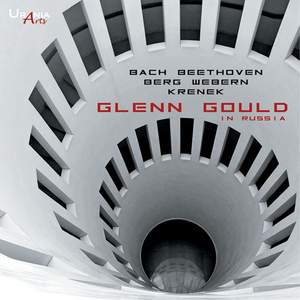 Among the rare tournees far from Unated States, that of 1957 is the most famous for Glenn Gould. Beside the concerts in Berlin, where he performed the Third of Beethoven with Karajan, Gould held masterclassess via radio and tv in Russia. These two CDs traces the tournée step by step. In the firts, there are the radio recordings with authors that were contemporaneous at the time, such as Krenek, Berg e Weber, beside the evergreen Bach. In the second CD two great live performances dedicated to Bach's and Beehoven's Concertos.