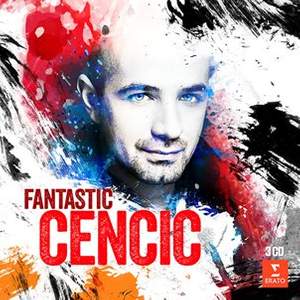 Even in an age of thrilling countertenors, Max Emanuel Cencic stands out for the heroic scale and brilliance of his voice, his expansive lyricism, and his imagination and enterprise in choice of repertoire. Cencic has excelled as both a soprano and a mezzo-soprano, and Fantastic Cencic showcases his extraordinary interpretative range – from the great and lesser-known masters of the Baroque to the bel canto of Rossini and composers of the Romantic era from Schubert to Strauss. The third of these three CDs comprises recordings from the early 1990s, shortly after Cencic left the Wiener Sängerknaben, which are released here for the first time.