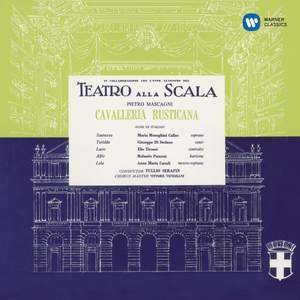 In 1939, as a 15-year-old student in Athens, Maria Callas made her stage debut in the demanding role of Santuzza in Cavalleria rusticana. Five years later she sang it professionally with the Greek National Opera Company. In 1953, when she was already a star – shortly to record Tosca – Tullio Serafin enlisted her as the last-minute replacement for an indisposed colleague at the sessions for Mascagni’s one-acter at La Scala. The result was a recording in which full-blooded verismo was raised to new interpretative heights.