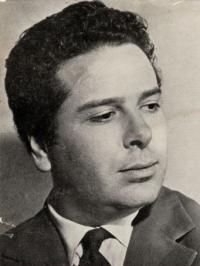 Rolando Panerai was an Italian baritone, particularly associated with the Italian repertoire. He performed at La Scala in Milan, often alongside Maria Callas and Giuseppe Di Stefano. He was known for musical understanding, excellent diction and versatile acting in both drama and comic opera. Among his signature roles were Ford in Verdi's Falstaff and the title role of Puccini's Gianni Schicchi.

The Italian baritone, who sang major roles on many of the greatest opera recordings of the mid-twentieth century, has died aged 95.