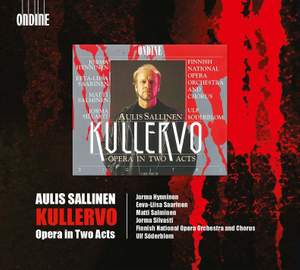 Aulis Sallinen is one of the Finland’s best known opera composers and Kullervo is considered by many as his greatest achievement for the stage.

Kullervo tells the story of a slave who is seeking revenge for the death of his parents. The libretto, written by the composer himself, is derived from the mythology of the Finnish national epic Kalevala.

This re-issue is released in time for the prestigious Savonlinna Opera Festival, which will stage a new production of Kullervo in the summer. Sallinen will celebrate his 80th anniversary in 2015