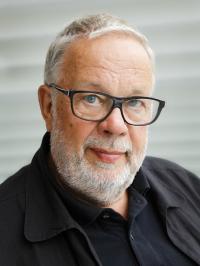 The Finnish bass Matti Salminen was born in Turku in 1945 and trained at the Sibelius Academy and in Rome and Dusseldorf, making his name as a soloist aged just 24 when he stepped in as Filippo II in Verdi’s Don Carlo at the Finnish National Opera on four days’ notice (the conflicted Spanish king has become one of his signature-roles – he appears opposite Jonas Kaufmann and Anja Harteros in Peter Stein’s 2013 production from the Salzburg Festival, and also recorded the Grand Inquisitor twice for Herbert von Karajan). He made his Bayreuth debut in 1976 (the Festival’s centenary) as Titurel, Fasolt and Hunding under Pierre Boulez; the production was revived and filmed several years later and won a Grammy for Best Opera Recording in 1982. In addition to his many Wagner roles, Salminen is acclaimed as Mozart’s Sarastro, Osmin and Commendatore, Rocco in Fidelio and Boris Godunov, and created the title-role in Aulis Sallinen’s Kuningas Lear and the Sheriff of Nottingham in Jukka Linkola’s Robin Hood. Salminen’s accolades and honours include the title of Kammersänger in Berlin, Bavaria and Austria, and the International Classical Music Awards Lifetime Achievement Award in 2017.