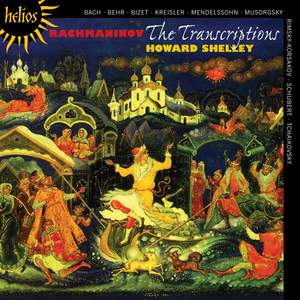 Transcription. The flight of the bumblebee

When the twelve-year-old Sergei Rachmaninov became a piano student of Nikolai Zverev at the Moscow Conservatoire, the boy played duet transcriptions with fellow pupils as part of his general musical education. Tchaikovsky heard and commended them, and (probably inspired by his encouragement, and without instruction) in the summer of 1886 Rachmaninov began his first work as a composer: a piano-duet transcription of Tchaikovsky’s ‘Manfred’ Symphony, now lost. But Rachmaninov continued to transcribe music for the piano, and a selection is recorded here. This album also includes a transcription of Rachmaninov’s Vocalise—the quintessence of the composer’s melodic genius—arranged by Zoltán Kocsis.