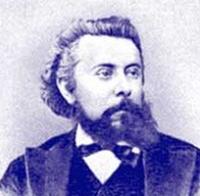 The British soprano talks to Katherine about her new album with pianist Christopher Glynn, which intersperses some of the composer's lesser-known songs with a selection of his piano pieces.

The Uzbek pianist is beguiling in Children's Corner and the 24 Preludes Op. 28, and offers the virtual tour of one's dreams in Pictures at an Exhibition.

Browse all further reading about Mussorgsky