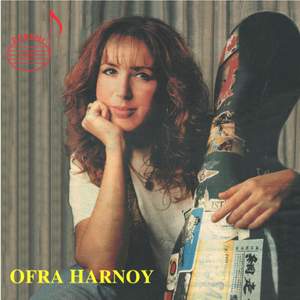 Vivaldi: Concerto for Violin & Cello in A Major, RV 546

Concerto for Violin & Cello in A Major, RV 546: III. Allegro

Described by the New York Times as ''born to the instrument,'' cellist Ofra Harnoy is one of the most illustrious classical performers. At age 10 she performed as soloist with the Toronto and the Montreal Symphony Orchestras. Winning the 1982 Concert Artists Guild award in New York led to her concerto and recital debut in Carnegie Hall. In 1983 (at age 17) she was named “Young Musician of the Year” by Musical America Magazine. She has since appeared as soloist with major orchestras and featured in hundreds of televised solo concerts on five continents. Ofra Harnoy won Canada's JUNO award as “Best Classical Soloist” 5 times. In 1995 She was made a member of the Order of Canada and was listed by Maclean's magazine (Canada's national weekly) among the Canadians who bring most credit to their country. At age 18 she became exclusive recording artist of international RCA Red Seal. ''Phenomenal... One of the cello's 'Greats''' (Gramophone Magazine - UK) ''A sensational cellist'' (Los Angeles Herald Examiner) ''Went beyond Technique to make music so full of warmth, so rich in nuance and expression, that the effect was that of a great singer (Chicago Sun-Times) ''The most distinctive young musician to emerge from Canada since Glenn Gould, Her technique and dexterity are preternatural, the cello sound is sumptuous and the emotional power and control are heart-stopping. It makes one wonder if there is a Paganini of the cello in our midst'' (Maclean's Magazine - Canada). ''The music making by the charismatic Miss Harnoy resonates with the same naturalness as breathing or speaking'' (The Baltimore Sun) ''Stunning performance, blinding technique, even, penetrating tone... can lavish more emotion over a single encore than some musicians lavish in a career'' (The Globe and Mail - Canada)