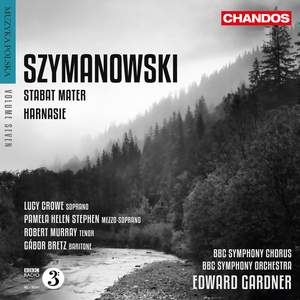 Tableau 1: Scena mimiczna, "Harnas i Dziewczyna" (Mimic Scene, "The Harnas and the Girl")

Tableau 2: Cepiny (Entry of the Bride)

With this new release, Edward Gardner and the BBC Symphony Orchestra continue their series exploring Polish music for Chandos. This is the second volume in the survey of orchestral works by Karol Szymanowski. The first was well received by critics and the public alike. A review in BBC Music read: ‘Chandos’s [Polish series] reaches impressive heights… Gardner shows how he has become one of the finest non-Polish interpreters of Szymanowski.’

Vigorous and colourful, the ballet-pantomime Harnasie (1927 – 31) is typical of Szymanowski’s late style. It is ambitious, too, in its attempt at re-working folk music in symphonic form. Scored for a massive orchestra with tenor soloist and chorus, the work concerns the abduction of a peasant bride-to-be by the outlaw Harnas and his followers, the ‘Harnasie’, legendary robbers with more than just a hint of a Robin Hood reputation.

Szymanowski described his Stabat Mater as a ‘Peasant Requiem’. In fact, its pairing of Polish musical elements with liturgical text is entirely unique, and a clear reflection of the composer’s nationalistic convictions. Despite its modest size and its use of very modest orchestral forces, the work is considered one of Szymanowski’s most expressive and resonant, and it is one of the crowning glories of twentieth-century sacred music.

The internationally acclaimed soprano Lucy Crowe was recently described by The Sunday Times in the following glowing terms: ‘Lucy Crowe dazzles with her every appearance, a young singer blessed with look-at-me-and-listen charisma.’ She is joined by the mezzo-soprano Pamela Helen Stephen, baritone Gabor Bretz, and tenor Robert Murray, all of whom enjoy international reputations, performing with eminent orchestras and conductors around the world.

Once again, Edward Gardner shows that he excels in Szymanowski's rich orchestral tapestries. This performance mixes wild mystery with coruscating brilliance, somehow managing - despite being recorded in Croydon last winter - to breath the high-mountain air.

There is pain and poignancy in the music, but above all a deep expressive beauty, especially in the finale’s soaring soprano melody. The BBC Symphony Orchestra and Chorus, with a quartet of soloists led by Lucy Crowe, give a performance of admirable sensitivity

a performance that is judged to a nicety through Edward Gardner's wise, sensitive pacing and his subtle, supple summoning up of the music's devotional aura.

Lucy Crowe especially has a beautifully clean and pure voice and makes the most ethereal sound in this gorgeous music. Her partnership with Pamela Helen Stephen is a joy to hear.

Gardner's performance [of Harnasie] with the BBC Symphony Orchestra vividly captures that earthy, unbuttoned spontaneity and the rhythmic drive of the music; his account of the other major work of Szymanowski's final period, the Stabat Mater, is just as convincing.