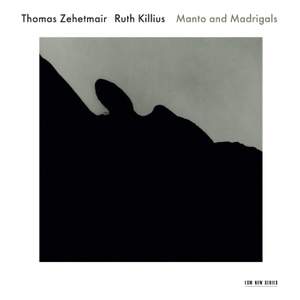 Zehetmair is the intellectual's violinist, with a hair-trigger precision of sound and rhythm, and an eager interest in the allusive and tough-minded parts of contemporary music. His wife, the... — BBC Music Magazine, August 2011, 4 out of 5 stars More…

Skalkottas: Duo for Violin and Viola

In their first recording as a duo, violinist Thomas Zehetmair and violist Ruth Killius take the listener on a stunning tour of modern music, playing works by Bartók, Holliger, Scelsi, Martinů, Skalkottas, Rainer Killius, Johannes Nied and Peter Maxwell Davies. “The instruments dazzle, dance and declaim, play games with one another,” remarks Paul Griffiths in the liner notes.

The husband and wife team who comprise half of the multi-award winning Zehetmair Quartet have been playing this material as part of their recital work for several years already, with great success. These pieces formed the core of their performance at ECM’s 40th anniversary festival in Mannheim – a concert singled out by critics as a highlight of the event – and they perform music from Manto and Madrigal in London in early April. On this recording, the relationships between the pieces and between the instruments are explored in compositions that range from Scelsi’s dissonant and microtonal journey toward the mystic core of music making, with Killius as singer as well as viola soloist to duo pieces that incorporate elements, archaic or playful, from regional folk music. There is very early Bartók here, and music of Schoenberg’s sole Greek pupil Skalkottas. There are three sketches by Heinz Holliger, written especially for Zehetmair and Killius, playful madrigals by Martinů, and an encore provided by the performers’ friend Johannes Nied.

Thomas Zehetmair, virtuoso violinist, conductor, and musical director of the Northen Sinfonia, has recorded Holliger’s Violin Concerto for ECM and his solo discs of Ysaÿe and Paginini won great critical acclaim. He and Ruth Killius co-founded the Zehetmair Quartet in 1994. Their Schumann Quartets album was Gramophone’s Record of the Year in 2003 and the recent disc of Hindemith and Bartók was awarded the Diapason d'Or de l'Année.

Zehetmair is the intellectual's violinist, with a hair-trigger precision of sound and rhythm, and an eager interest in the allusive and tough-minded parts of contemporary music. His wife, the violist Ruth Killius, is clearly made of the same metal. On this CD they come together for a series of violin-viola duets, unearthing many pieces which will be new to most listeners.

[Holliger] wrote these "sketches" for this husband-and-wife partnership and celebrates that distinctive quality Zehetmair's playing has of dancing round the head of a volcano; so do Rainer Killius's Icelandic song to a bottle and a rebarbative sort of anti-encore by Johannes Nied, forming the bookends of this entirely original recital, which demands and repays more attention each time I return to it.

the main reason for investigating this release is the eclectic programme on this nicely produced ECM disc. It’s the sound of the two instruments together, the throatier viola sonorities complementing Zehetmair’s violin, and the way that these two players transform the thornier works in their recital into vibrant, living music.