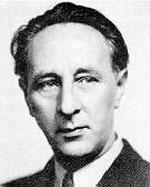 Bohuslav Jan Martinů was a Czech composer of modern classical music. He wrote 6 symphonies, 15 operas, 14 ballet scores and a large body of orchestral, chamber, vocal and instrumental works. He became a violinist in the Czech Philharmonic Orchestra, and briefly studied under Czech composer and violinist Josef Suk. After leaving Czechoslovakia in 1923 for Paris, Martinů deliberately withdrew from the Romantic style in which he had been trained. During the 1920s he experimented with modern French stylistic developments, exemplified by his orchestral works Half-time and La Bagarre.

Recording of the Week,  Jiří Bělohlávek conducts Martinů's What Men Live By

The world premiere recording of a 1952 'pastoral opera' based on Tolstoy, captured three years before the Czech conductor's death in 2017.

Interview,  Manfred Honeck on The Epic of Gilgamesh

The conductor talks to Katherine about making the first English-language recording of Martinů's Babylonian epic.

Browse all further reading about Martinů