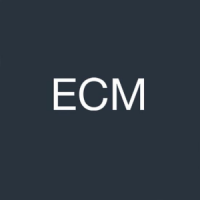 Founded in Munich by producer Manfred Eicher in 1969, ECM has recorded more than 1000 albums spanning many idioms. Establishing an early reputation with standard-setting jazz and improvised music albums – by Keith Jarrett, Paul Bley, Jan Garbarek, Chick Corea, Pat Metheny, the Art Ensemble of Chicago and others – ECM began to include contemporary composition in its programme in the late 1970s. In 1984 a sister label, ECM New Series, was launched to introduce the music of Arvo Pärt with the aptly-titled “Tabula rasa”. Other featured composers include György Kurtág, Valentin Silvestrov, Tigran Mansurian, Erkki-Sven Tüür, Heinz Holliger, Giya Kancheli, Meredith Monk, and Heiner Goebbels.

The Hungarian-born pianist is joined by the Orchestra of the Age of Enlightenment for a recording of Brahms's two piano concertos that strips away performance traditions to present refreshingly original accounts of both works, full of detail and character.

Browse all further reading about ECM