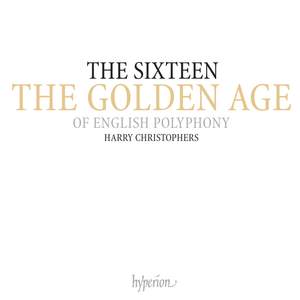 English choral music at its finest. — The Observer, 29th November 2009

Taverner: In pace, in idipsum

Sheppard, J: In manus tuas I

Sheppard, J: In pace in idipsum

Mundy, W: O Lord, the maker of all thing

When The Sixteen embarked upon their recording career back in 1982, few would have been able to predict quite how successful they would become, or how far they would go towards rehabilitating the little-known and barely recorded music of these four master composers of the sixteenth century.

In this their 30th anniversary year, we join them in celebrating a Golden Age of Polyphony, and of music-making, by presenting their twelve discs of this repertoire in an attractively packaged (and priced) 10-CD remastered set.

English choral music at its finest.