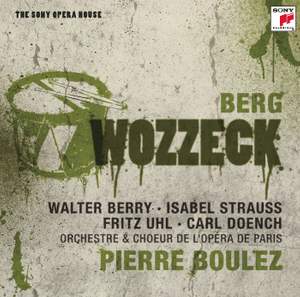 Wozzeck is today established as one of the greatest operas of the twentieth century although public reaction was divided at the start. In three acts, each of five scenes, the opera plays continuously and is a superb example of German symphonic drama in which Berg also makes use of symbolic characterization and he succeeds in humanising the potentially subhuman Wozzeck and Marie through powerful and highly emotional music.