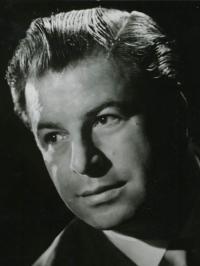 Born in Matzleinsdorf, near Vienna, he studied in Vienna with Elisabeth Radó, and while still a student toured the Netherlands with an operetta troupe. He made his operatic debut in Vienna, as Gounod's Faust in 1952, and then sang in Graz (1952–53), in Luzern (1953–54), in Oberhausen (1954–56), in Wuppertal (1956–58). In 1957, he began making guest appearances at the Munich State Opera, the Vienna State Opera, also appearing at the Salzburg Festival and the Bayreuth Festival.

He began his career by singing lyric roles and lighter Wagner roles such as Erik in Der fliegende Holländer, Loge in Das Rheingold, First Knight in Parsifal, and gradually moved into heldentenor roles such as Tristan, Siegmund, Stolzing, Florestan, and Herod.