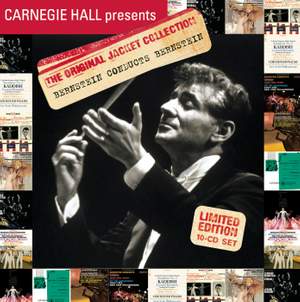 Pt. 1a, The Prologue. Lento moderato

Pt. 2b, The Masque. Extremely Fast

Bernstein: I Hate Music, a cycle of five 'kid songs'

No. 2, Jupiter Has Seven Moons

No. 4, A Big Indian and a Little Indian (Riddle Song)

Part I - a) The Prologue

Part I - b) The Seven Ages (Variations I-VII)

Bernstein: Symphony No. 3 "Kaddish" (To the Beloved Memory of John F. Kennedy)

Excerpt,  Bernstein: On the Town

Part I: The Community

Bernstein: Trouble in Tahiti - An Opera in Seven Scenes

Scene I: "How could you say the thing that you did"

Scene III: "I was standing in a garden!"

Scene IIIa: "Then desire took hold inside me"

Scene IIIa: "Then desire took hold inside me"

Scene VIa:"There's a law that a man has to pay for what he gets"

Bernstein: On the Town

Act I: Come Up to My Place

Act I: Carried Away

Act I: Lucky to Be Me

Act II: Some Other Time

Act II: Overture to On the Town

Bernstein: Mass A Theatre Piece for Singers, Players and Dancers I

VIII. Epistle: "The Word of the Lord"

BERNSTEIN CONDUCTS BERNSTEIN is the ultimate tribute to the legendary composer and conductor Leonard Bernstein – specially created to celebrate the 90th anniversary of his birth in 2008. This 10-disc set includes all of Bernstein’s own definitive recordings of his greatest works as a composer – many recorded during his historic years as Music Director of the New York Philharmonic – from his first exuberant Broadway musical On the Town and the explosive Symphonic Dances from West Side Story to his heartbreakingly beautiful “Kaddish” Symphony and the radiant hope of the Chichester Psalms– as well as the complete world premiere recording of his Mass.