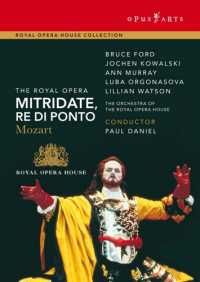 Mozart’s fourth opera – written when he was only 14 – displays all the hallmarks of the fresh, inventive writing that was to flourish into extraordinary genius in his later works and, with a cast as good as this, The Royal Opera’s

production takes Mitridate, re di Ponto to the highest levels of operatic achievement. Based on a play by Jean Racine, it is a story of jealous love and political intrigue.

Mitridate was performed twenty-one times following its premiere in 1770 and hailed as a success, yet no revival took place until the 20th century. This production from the Royal Opera House was filmed in 1993 during the Mozart Bicentennial Celebrations.

This is, unequivocally, a red-letter night at Covent Garden.