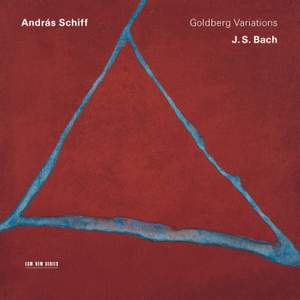 Whatever your likes or dislikes in the Goldbergs, Schiff will surely elicit a positive reaction, more so than with his 1982 Decca recording, which, though similarly felicitous, had little of... — Gramophone Classical Music Guide, 2010 More…

Whatever your likes or dislikes in the Goldbergs, Schiff will surely elicit a positive reaction, more so than with his 1982 Decca recording, which, though similarly felicitous, had little of the daring, imagination and scale of this live remake.
After Perahia's probing intellect, Hewitt's sense of fantasy and Tureck's sepulchral gravitas, Schiff is the master colourist who, like Gould in his later Sony recording, achieves impressive continuity between variations. Contrasts, too, and never more so than in the sequence of variations Nos 20-22, taking us from brilliantly realised syncopations, to a glowering canon in sevenths, then dipping suddenly for the intimate stile antico of the four-part Variation 22. As for overall style, repeats are often embellished, sometimes radically varied. He has an occasional tendency to spread chords (Var 15), obviously loves to dance (the irresistibly lilting Var 18), relishes an elegant turn of phrase (Var 13) and has a keen ear for Bach's wit (the tripping exuberance of Var 23). This is a fascinating, beautiful, deeply pondered and profoundly pianistic account. While not 'authentic' in the scholarly sense, it's appreciative of Baroque manners and ornamentation. It's also beautifully recorded on a mellow, finely tuned Steinway.