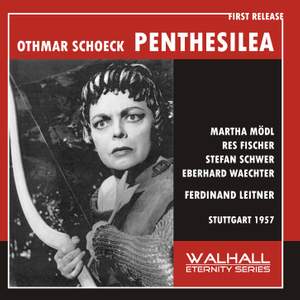 Swiss composer Othmar Schoeck (1886-1957) was known primarily for his art songs and song cycles. His one-act opera Penthesilea is his most well-known opera. + The work was inspired by Heinrich von Kleist’s tragic play of the same name. Schoeck also wrote the libretto for the work. + This production was recorded in Stuttgart in 1957, and features Martha Modl in the title role.